When Dr. Tad McGeer, Founder of Aerovel, finished grad school in the 1980s with his PhD in Aeronautical engineering from Stanford, he figured he’d missed the boat.

“The golden ages for aeronautical engineering were in the 30s to late 60s, when I graduated all of that had passed,” Dr. McGeer told Drone Network News. “Robotics at that time was a promising thing, electronics were available like never before and there was no end to the things you could imagine doing. So, I became a professor in my hometown of Vancouver working on robotics.”

But then an opportunity arose to do robotics in aviation at a Virginia startup, Aurora Flight Sciences, as chief scientist.

From there, Dr. McGeer founded the company Insitu Group. At Insitu, he developed a small, unmanned aircraft for long-endurance reconnaissance—ScanEagle. ScanEagle would quickly become a staple ISR Drone for military applications.

“It turned out that it was the right aircraft at the right time,” began Dr. McGeer. “It was the start of the Iraq War and it turned out to be quite suitable for what was being done there. We had to develop several new technologies to make it possible, including a retrieval method called Skyhook, where the aircraft would fly into a rope dangled from a crane. This turned out to be very effective and enabled operations that had not been possible before.”

Originally designed to fly off tuna boats, the ScanEagle ended up being put into a whole new classification by the DoD as a “group 2 aircraft” (a mid-weight drone between 10 and 25 kg), which remains today. However, Dr. McGeer understood the limitations of the aircraft.

“The way the aircraft operated became something of a burden,” stated Dr. McGeer. “You had to have two very large pieces of equipment, a catapult for launch and a crane for retrieval. This put a constraint on operations.”

This gave Dr. McGeer incentive to investigate how he could reduce the so-called footprint, which led to the development of the Flexrotor and his second company, Aerovel. What makes Flexrotor particularly useful is that it has all the functionality of the ScanEagle with a smaller footprint for takeoff and landing.

“What distinguishes the Flexrotor is its vertical takeoff and landing together with large payload/range for its size,” explained Dr. McGeer when asked about the design of the Flexrotor. “Any aircraft in almost any circumstance has its utility measured by its payload/range—how much can it carry and for how long. When you add the need for vertical takeoff and landing, you are presented with a problem, because taking off and landing vertically will always cost you something in payload or range. It turned out, particularly at our scale, that the most economical VTOL configuration was the tail sitter. The penalty is small enough that you have a very practical aircraft.”

Practical may just be an understatement. The Flexrotor is an all-weather aircraft that can be assembled in about 10 minutes by a single person and has a 7.7 kg (17 lb) payload capacity. It has transatlantic range and a flight time of more than 30 hours depending on payload. Flexrotor flies autonomously making it easy to use. All in all, an impressive aircraft for long-duration, data-gathering missions.

ISTAR / ISR Applications for the Military

Like ScanEagle, Flexrotor was initially designed with commercial purposes in mind, this time for things like geomagnetic surveys. But again, it turned out to be the right aircraft at the right time for the military.

“It turns out that the military was becoming aware of the same problems that were becoming evident with geomagnetic survey,” stated Dr. McGeer. “The term they came to use was ‘expeditionary’. If you want to be expeditionary, you need a small footprint and we designed Flexrotor to accomplish that.”

Nowhere has the requirement for expeditionary capabilities been more urgently needed than in Ukraine, where Russians have changed tactics and are now bombarding cities with heavy, long-range artillery.

“What we are hearing from the frontline is that the fight has changed from what was a very close flight in cities to the use of heavy, long-range artillery by the Russians,” explained Dean Attridge, VP of Solutions Engineering at Volatus Aerospace. “It’s an artillery duel at the moment between guns with both sides trying to find the other. It’s a real game of cat and mouse right now. Everyone is hiding, doing what we call “shooting and scooting.”

“One of the problems Ukrainians face with artillery is that by its very nature, it’s not that accurate, and the Russians are willing to use it indiscriminately. This is threatening civilian life, and casualties are mounting because of it. The consumer off-the-shelf drones they were using at the beginning of the fight don’t have the range, and Russians are figuring out how to jam them through electronic warfare. The enemy is no longer just around the corner, they are 40 or more kilometers away, you need a better drone that can handle jamming.”

“We need an aircraft like the Flexrotor that can be launched vertically from a small clearing, can stay in the air for long periods of time at a high enough altitude to be out of reach of anti-aircraft guns, and gather that intelligence data without the threat of jamming. Aerovel has that capability and it’s available now.”

With so much at stake for the people of Ukraine, the team at Aerovel understands how the Flexrotor can support the efforts on the frontline.

“While I’m no fan of getting involved in wars, sometimes you are compelled to do so, and what is happening in Ukraine certainly looks like such an example,” concluded Dr. McGeer. “If I can be helpful there, I would leap at the chance.”

Aerovel is now working in conjunction with Volatus Aerospace to get access to funding so that the Flexrotor can get into the hands of Ukrainian soldiers where it is needed most. 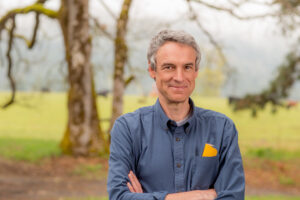 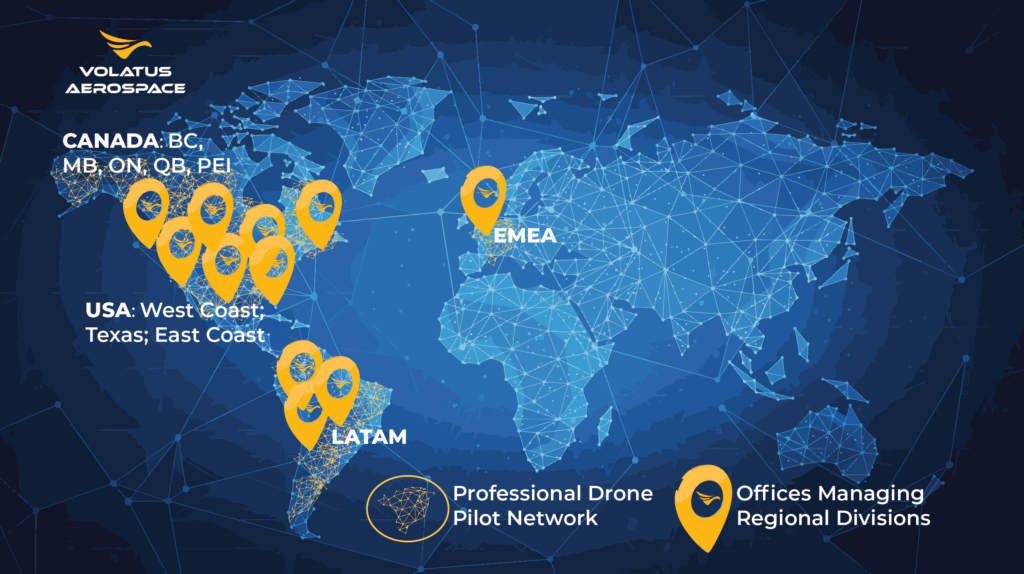